Rethink On Dog Training – My Observations In Italy 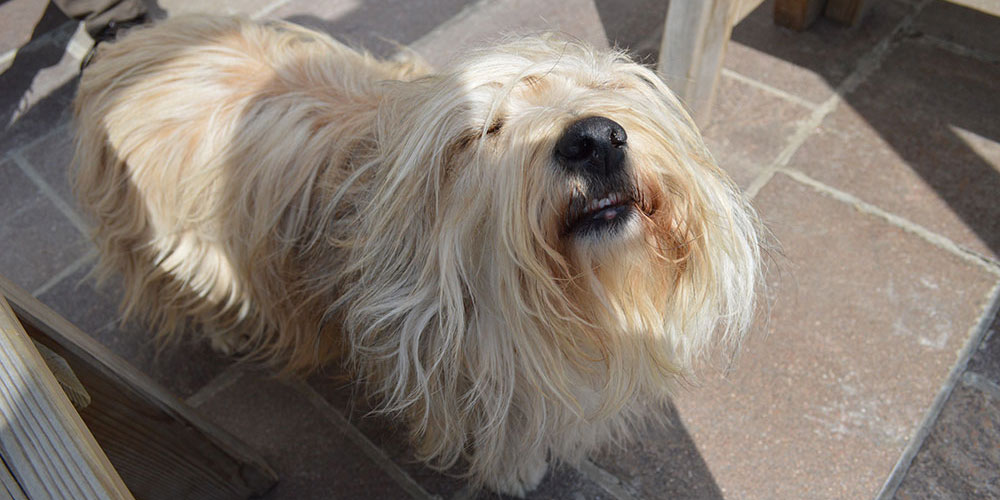 Some of you may recall that in March 2014 I was heading overseas for 5 weeks on a well earned break to Italy. At the start of May, I was back!

As many of you also know, I love my work, in fact I am obsessed with it so despite it being a holiday, my mind would often drift into work mode as I studied what was going on around me, dogwise.

So what differences were they and why did they shock my so much… read on and you will be quite surprised.

The first thing I noticed was that the dogs were calmer, a lot calmer and this included all breeds, all genders, desexed or not, all ages.

Then I noticed that these dogs went everywhere with their owners and I mean everywhere; trains, buses, shops, cafes, restaurants, boutiques, piazzas, church, you name it, they went in.

My next observation was that not one dog was in a hurry to go somewhere, no dog pulled on the lead or dragged its owner down the street and yet these dogs were all wearing just ordinary harnesses. They did not have any fancy equipment designed to slow them down. They just walked calmly.

No dog jumped on a person or lunged at a person passing and if someone stopped to pat them, which was rare, they just sat still!

It got better. These dogs ALL followed their owners, in and out of cafes, down the street, on the bus, to wherever they needed to go. If the owner went to a bar to have a coffee and to chat with friends, this dog just tagged along and patiently waited until it was time to move on. Some owners didn’t even have leashes; they just left the dog with their handbag and the dog just sat on it.

Some of you might be thinking that there were no other dogs around, no distractions, no people passing, well in fact there was all of that plus more, yet these dogs just went about their own business and waited for their owners. All the cities and suburbs in Italy are busy and bustling, even the country towns like Positano. People and dogs are everywhere yet the dogs just mind their own business.

So off went my trainer brain wondering why these dogs were so calm where so many of our dogs in Australia seem to be always in a hurry, always wanting more and never being satisfied, always being so distracted, always being so needy and I know I am generalising here but I have to say that more dogs that not back at home do behave like this.

The question I was asking myself was why and what are we doing or not doing? What are we missing? What am I missing as a trainer? Yes I get results like this from my classes with most dogs but they just aren’t as calm as these Italian dogs and these dogs have little or no training, yep, most have never been to a dog training class in their lives.

So it got me wondering even deeper and really looking at the big picture, really observing the lifestyle, the expectation on both dogs and owners, the luxuries and privileges the dogs had and one thing I really noticed was that the primary focus for the dog, was its owner. Not the dog park, not the dogs IN the park, not the people, not the food treats, no one, just owner and dog.

There was little emphasis on what we here, perceive the dog to want and need but instead the emphasis was placed on the dog having the opportunity to be with its owner and this I feel is what we have lost here.

Now there is this notion that we need to enrich, socialise, expose, stimulate and more otherwise they will be depressed and misbehave but we are losing focus on how that needs to be done. Yes you can expose and socialise and stimulate but YOU need to be involved, YOU need to be part of it, reining in on the relationship between you and your dog.

I’m not saying to not socialise your dog, to not go to the park and not provide your dog with good enrichment but I am saying, keep working on the bigger picture, ultimately it’s about YOU and YOUR dog. 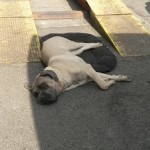 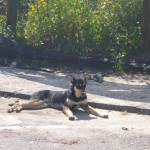 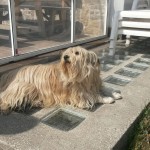 A common but sad scenario now is that dog owners head to dog parks, let their dogs off leash for an hour or so, or until they start causing trouble, while they spend their whole time on their mobile phones checking Facebook or texting someone. They are oblivious to what their dog is doing and they are disengaging from their dog.

Funnily enough, those that go to dog parks and still spend quality time with them while there, tend to have the better behaved dog!

Again, this is not to say the dog park is a no-no, in fact it can be great fun but instead of letting your dog hoon around and knocking other dogs around like skittles, why not try to walk together as a group, chatting amongst yourselves but still watching your dogs and still working on them following you, paying attention to you and ensuring they remain with you.

When you go for walks, why not stop at a cafe, grab a coffee, sit on a park bench at the town centre and read a paper, with your dog just sitting there waiting. No running around, no crazy stuff, just patiently sitting beside its owner, being stimulated by its surroundings, yet doing nothing other than being patient. It may seem boring to you but in reality, if your dog was at home, what would it be doing? At least it is out of the home, surrounded by people, children, noises, smells and to me, for some dogs, this is more stimulating than sitting at home. 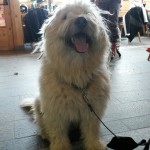 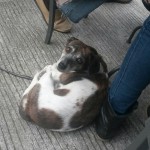 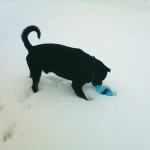 I know from my own experiences with my very own dog, that he is the happiest when he gets to spend time with his family, with me, my husband or my kids, whether it be on 100 acres in the bush, bird watching, hiking or orchid spotting or on his couch at home or in the backyard gardening. He just loves to be around us without demanding anything else from us.

When we are in the bush, he follows us all day, sniffing rabbit holes, disappearing into rabbit holes, rolling in kangaroo poop or lying next to me while I quietly watch birds. We give him the space and luxury to wander off a bit but he always checks where we are and if we even remotely change direction or call him, he immediately heads back to us. He is enjoying himself but he never loses touch with where his family is.

When we are at home, he lies next to use while we garden, keeping us company, no jumping all over us, no barking for attention, no stealing stuff from us, just a state of bliss to be part of our company. And he is by no means a perfect dog; he has his issues and is rather nervous of stranger and dogs but as far as our lifestyle goes and our expectations of him, he IS perfect in every way.

What I would like to bring back is the good old dog that just hangs with its owner, not expecting anything but good company. If it gets a ball tossed or a run in the park or even a cuddle, that is a bonus but more importantly the dog wants to be part of your presence.

We are giving them way too many options, thinking they need all this but when I saw how the dogs were in Italy, how little they got yet how much they appreciated it, I realised they don’t need all this, they just want us and it’s time to bring that back.

Dogs are ‘Man’s Best Friend’, that is all they ever wanted to be and that is what we need to get back to!

Food for thought everyone, it’s time we revisit what we are doing with our dogs and our role in that relationship and get back to basics.