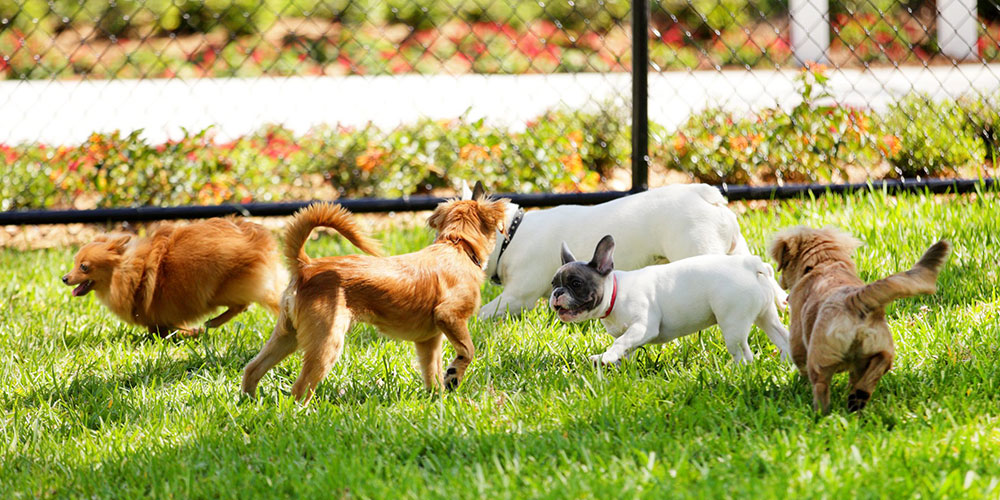 Over the last few years, a growing trend has developed to create fenced dog parks in the suburbs so that you had somewhere safe to let your dog off to run around.

Dog owners and trainers pushed for it and councils embraced it and we now see more and more of these fenced parks popping in many suburbs, especially the most recently developed ones.

I used to always encourage dog owners, especially those with puppies, nervous dog or just dogs that had poor recall, to seek out fenced areas so their dogs were safe and when fenced dog parks started appearing I thought all my prayers were answered.

We now had a fully functional, purpose built environment where you could take your inexperienced dog so it could come off the leash and run around until it was exhausted, play with its dog buddies and practise coming back. And during this whole period, there was never a fear that it could run off and run onto a road.

With the push to socialise your dogs as much as possible during those earlier critical developmental stages, these fenced parks seemed like an excellent idea. You have fences, you have water and a nice lawn to run around on, there are poop bags and bins, friendly dogs to play with and even double gates to prevent the dog from running out and the concept it great.

That was until a new breed of dog owner evolved as a result! And I’m talking about the lazy dog owner. I am not saying all owners are becoming like that but there are many who are either evolving into it or have suddenly surfaced as they now have somewhere to ‘contain’ their ‘out-of-control’ dog.

Call it what you like; out of control, bully, aggressive, poorly mannered, poorly socialised, never been socialised, fearful, non- responsive to the owner, lacking obedience skills, lacking respect for people or other dogs- if your dog is one of those, then is should not be in the fenced dog park when others are in there.

And why the sudden appearance of a lazy dog owner?

Because the pressure to have to watch your dog in case it goes near a road is no longer there! In the open parks, when your dog is running around with others, you hang close by because you need to ensure it does not suddenly lose focus of you and run off. There are roads, bikes, cars, other people, kids, other dogs and more which need to be monitored so there is more connection with the dog, more frequent recalls, increased level of reliability and more responsibility. But when you put a fence around it all, well the pressure decreases dramatically and from here you can clearly see how it changes everything.

So who is the fenced dog park for?

Now this is where I think it has gone pear shaped because everyone is entitled to using the public spaces and I totally agree, but when you are sharing a public space, you need to ensure everyone gets on and everyone respects one another.

If you do have a dog that behaves as mentioned above, then it may need to work on some training to improve on its behaviour or it may need a more gentle introduction to it or it may simply only be able to go in there when there are no other dogs present. So it does not exclude the dogs above but it means you need to be a bit more mindful and strategic as to when you go. And it means you have some work to do with your dog!

An example in human terms in the children’s playground. Parents take their young children to the playground to socialise, interact with equipment and play safely within a space. The children learn to share, wait patiently for their turn, run around with their friends nicely and the parents instil these manners into their children while they are there. The parents don’t turn their backs on their children; they watch them continuously ensuring they are polite, play nicely and are not getting hurt.

Imagine a child rolling up to the park with its mum or dad where other parents and children are already playing. Now imagine this child runs up the slide, throws the other child out of the way and takes over, swearing, punching, pushing and shoving. The children are now crying and screaming or hitting back. (Does this sound familiar in the dog park).And then imagine this parent is doing absolutely nothing other than texting on the phone or updating their Facebook status (Lazy dog owner!)Now you would think that was quite irresponsible of the parent and that the child is dangerous. So you would say something to the parent or leave and this would generally be enough to give the parent some idea that this behaviour is not acceptable.

So why is it okay in the dog park? It is exactly the same!

What is happening in the dog park?

The above scenario with the child in the park is exactly what is happening in the fenced dog park. Some dog owners are rolling up with their dog, letting them off leash inside the yard and then coming back out while the dog is left to run wild. The owner does not remain inside with the dog supervising its interaction and in fact many are now resorting to just sitting on the fence line or even back in their cars while they sit on their phones! This is ludicrous.

And this is why it is going so terribly wrong. The nicely behaved dogs and new young dogs are going into the park with their owners hoping to have some free time and play with other nice dogs and instead are spending their time trying to break up fights, defending their dogs or leaving.

And now we also have the dog owners who believe it is okay and that dogs will work it out or they need to toughen up and take it on the chin. So back we go to the children’s playground situation. Does this mean if a child came over and literally pushed yours off a slide that was a metre off the ground, you would tell your child to stop crying and suck it up? No way, you would want an apology from the bully and you would not allow that interaction to occur again unless the bully improved in behaviour.

So it is NOT okay to let your dog bully and hound another dog and it is NOT okay to allow your dog to tolerate it or learn to deal with it. Either way, no matter which end you belong to, that interaction needs to stop until it is calmer and more appropriate.

What is appropriate or correct fenced dog park etiquette?

Dog – what they must NOT do:

Dog – what they SHOULD do:

Owners – what they must NOT do:

Owners – what they SHOULD do:

So can fenced dog parks work?

Of course they can but they must be respected, they must be used for the right reasons which are to allow your dog to run around and play and have a good time with other dogs or even toys in a safe space while it learns to come back when called.

How do we ensure dog parks are safe?

If you feel your fenced dog park is becoming unstable and is turning into a bit of a war zone, talk to your council about it. If people voice their concerns about what is happening in these parks, then the rangers will do something about it. Patrolling the areas, signs and possibly even fines may be issued so that irresponsible owners step back into line and get control over their dogs again.

And nothing beats education. Explain what is right and wrong and why and slowly but surely the message will get across to all dog owners.

Hopefully this will resolve some of the issues I am seeing in these dog parks now and we can start all over again, using them for the right reason. And hopefully now you know what is right and wrong, learning dog park etiquette and can spread the word around so everyone else knows!